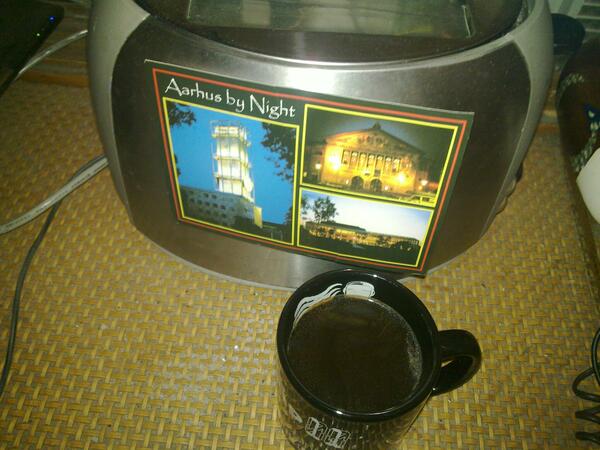 written on the post card: "stick the postcard on the toaster"