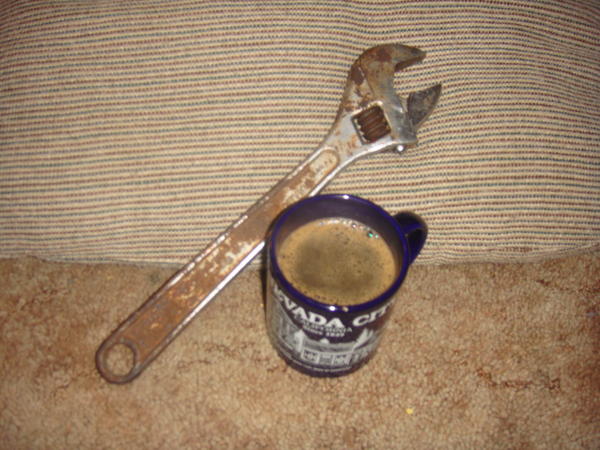 The big rusty wrench needs to be in a few photography projects and then I'm going to use the wrench to test CLR.